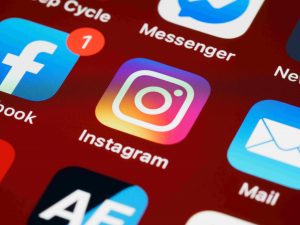 How to Use Facebook Hashtags I am going to show you like Instagram and Twitter, hashtags have a major impact on the reach and search of your content. But there is a general confusion about how businesses should actually use the hashtag on Facebook. Let's take a look at Facebook's newly designed hashtag feed page.

Around the end of the stick, I am also breaking down how to optimize your video tag to get the most from your video posts and live streams. All the experts, including Facebook, have so far rejected the Facebook hashtag? Well, the hashtags were later Facebook vs Instagram where they have always been present. And they never really did anything.

But as Facebook integrates its entire family of apps, features and functions are shared across various platforms. So what's new? Facebook actually has a neatly dedicated page for each hashtag, including the hashtag that accompanies the post. It is very similar to Instagram. Facebook has also started suggesting that users add hashtags to their posts to gain more reach.

And the post has a new browse button to locate the hashtag. It is no longer clear how to obtain those dedicated hashtag pages. Probably the easiest way to type in your browser is the Facebook.com/hashtag/ hashtag. How and where to How to Use Facebook Hashtags? Definitely in the post and they work in the comments.

How to use Hashtags In terms of searching for hashtags and finding posts with hashtags, now are the early days, so start now and improve your content. This can really help you come out and be discovered even more now.

The ideal location of the hashtag I would ideally say is the foot of the post, but you can try something above the fold, it's in the first three or four rows.

What are the optimal types of hashtags?
I recommend going to Instagram and you can search the hashtags to see which are popular and then use them on Facebook. The maximum number of hashtags, well you know it's 30 on Instagram, but on Facebook, you can actually have an unlimited number, the maximum number of characters that Facebook allows in a post is over 63,000 insane. Now obviously, don't be too crazy or you just look like you don't really know what you're doing. So I would probably recommend five, 10, 15. Now, I am going to talk about video keyword tags and how to optimize them.

Use Facebook Hashtags Each and every original video, you uploaded to Facebook, and your Facebook streams live, you can go to edit and add the maximum tags that are eight. You can select from existing tags, but I have always found that it is a bit hit or miss.

It's easy to make just your own. And it is okay to have space in phrases. So I could advertise Facebook space or I could not do Facebook space. I suggest you use some commonly used video tags and maybe a few more narrow ones. You can put music that is wider and you can also put country singers, more narrow.

Use Facebook Hashtags Before putting your video hashtag in your video tag, go ahead and search the Instagram hashtag as well as the Facebook hashtag and see what kind of special tag you want to use, and then you decide Which of the following would you like to use? 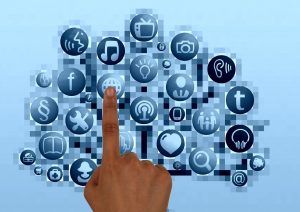 So why use Tag in your recordings since you can contact a more extensive crowd through recommended recordings on Facebook and when individuals look for recordings. As Facebook's family of apps becomes even more integrated, you definitely want to take what you already know about hashtags on Instagram, Facebook's other major platforms, and test those strategies on Facebook.

Request a Call Back

Discuss Your ideas and concept with us, and we bring your vision into reality.